I still wonder where my imaginary life ends and my real life begins or do they overlap. Am I unable to distinguish between the figments and the fools annoying my nerves to the point I pretend they aren’t real? The other day I saw a woman dancing naked in the outdoor fountain in front of my apartment building. I wanted to believe she wasn’t real. I wanted to believe I didn’t reside in a house of fools acting like God didn’t give them a grain of common sense. The Management kept calling her to come out of the fountain. They held out a bath towel that looked like it belonged to a rhino. Soon the police arrived and created their own scene when they began arguing over whose turn it was to rescue a water victim. They really did use the words ‘water victim’. Gertrude didn’t look like a victim. She looked like a woman having a good time pretending to be a mermaid.

“Swim over here, Gertrude. I found some pretty seashells for you.” I held out my hand with a few pebbles resting in the palm. The second Gertrude reached the edge of the fountain, The Management threw a towel over her and the police officers grabbed her body and put her in the back of their cruiser. I could hear her screams all the way down the street above the siren, which also screamed. The world churns with the havoc of fools using their second-rate brains to solve a problem. 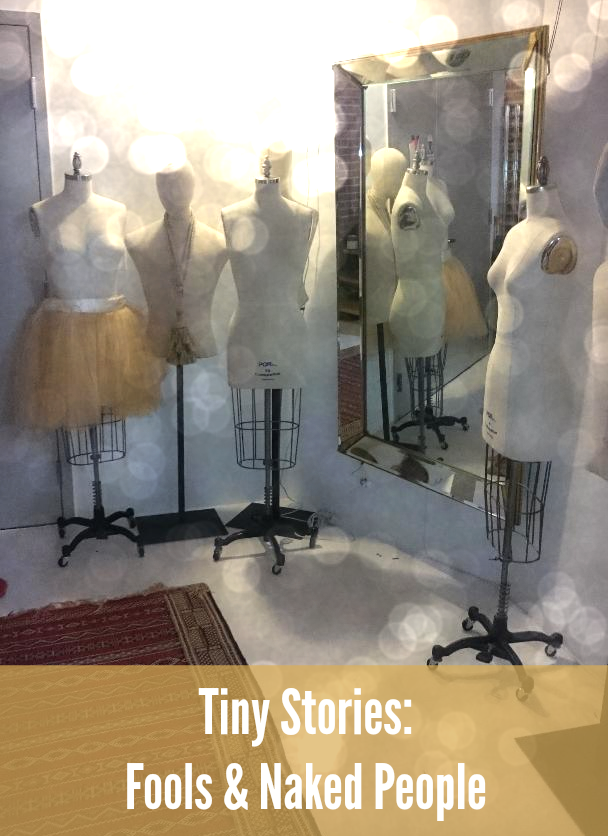 I ponder the belief there’s nothing wrong with a woman swimming in a fountain. Why do people revere Reuben’s naked models and find the same nudity off the canvas a public embarrassment? More fools tossing out their notions of decency in our so-called society. I find two large police officers man-handling a tiny woman indecent. The tableau smacked of totalitarianism. I may be reaching here but, quite frankly, for a moment I felt a collective fright go through the hearts of all my neighbors standing there while Gertrude was trussed up in terrycloth and carried off to spend time in a mental ward having her head examined for faulty wiring.