The Enormity of Squeezing Plums 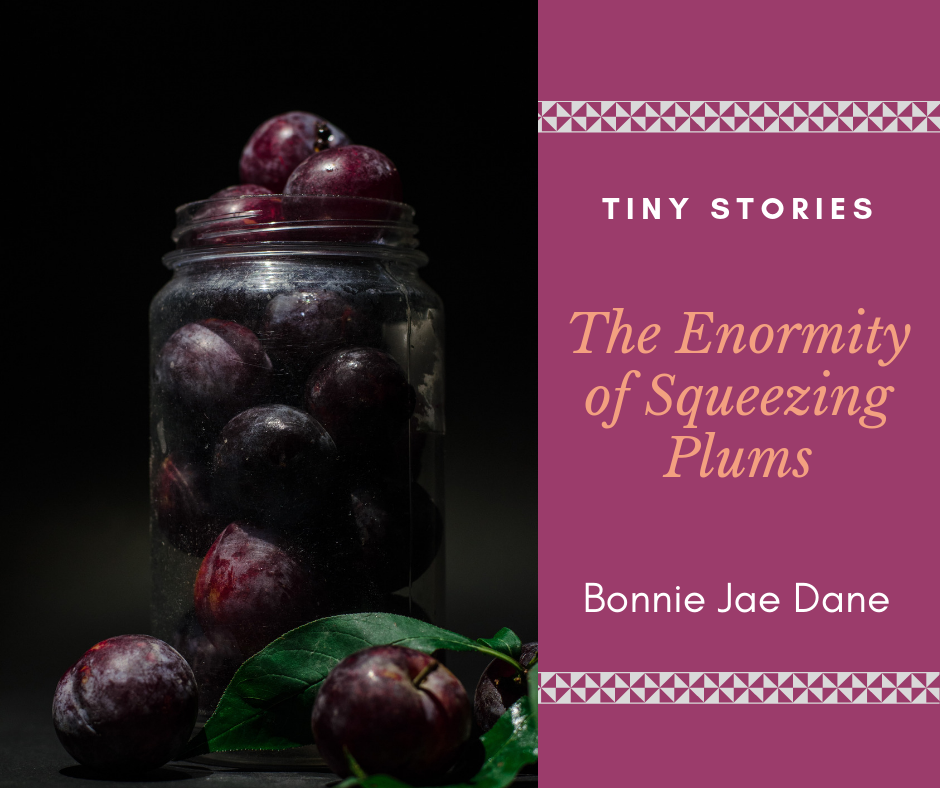 Often times my friends dismiss me as being dramatic when I relate an anecdote about some recent encounter that left me convinced human behavior may have taken a turn for the worst. Just the other day in the produce department at Whole Foods a man walked up to me while I was squeezing the plums to determine whether or not they felt ripe enough to eat without having to sit on the kitchen window sill. He said, “Like you to touch my body the way you fondling that plum.” I always considered Whole Foods a Safe Zone from sexual innuendo and fumbled pick-up lines, but the licentious tone of his voice left my spirit sagging from implication.

I dropped the plum and stared at his grinning face, all tan, chiseled and deeply lined from aging in the sun. Suddenly, a woman appeared and took a hold of his arm. She seemed embarrassed when saying, “I apologize for my husband. He’s got a brain tumor that let loose of his tongue, no filter the doctor says, causing him to frighten people by wearing his thoughts on the outside.” She moved her husband along. I could hear him laughing all the way out the door.

When telling this story to my friends, they accused me of possessing an active imagination, blaming it on my being a writer. Naturally, I defended the poor man by saying he probably suffered from a confabulation of the kind that reorganized his memories into thinking we were back in the seventies, a time when his behavior would have been considered an amusing flirtation. Where I would laugh it off or maybe go home with him. The seventies allowed us to tease each other, have causal intimacies, and not be bothered by the decorum of our parents who hid their machinations behind closed doors. I felt disappointed my friends not only lacked compassion, but dismissed me for being a writer as though it were a different sort of confabulation. Again, my spirits sagged from the prospect our collective behavior might be losing its gentility.